Is the TCJA Affecting Your Medical Practice? 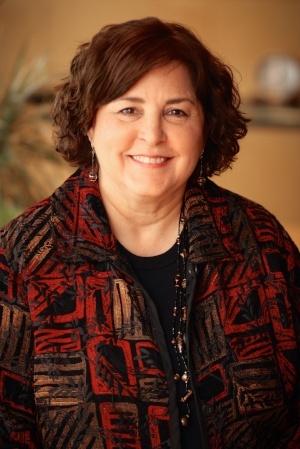 Signed into law this past December, the Tax Cuts and Jobs Act (TCJA) is the most sweeping federal tax legislation since 1986. It includes significant changes for individual taxpayers, many of which will have a major impact on higher-income taxpayers like physician practice owners. Here are some of the most notable changes.

While physicians who were in the 33% or 35% bracket in 2017 will see minimal or no change to their marginal rate, those in the top bracket will see a bigger rate cut.

On the plus side, for 2018–2025, the TCJA suspends the AGI-based reduction that previously applied to most itemized deductions and affected many physicians. However, that may not do much to make up for the other changes to itemized deductions:

State and local tax deduction. For 2018–2025, taxpayers can claim a deduction of no more than $10,000 for the aggregate of state and local property taxes and either income or sales taxes. This same limit applies to both single and joint filers. Physicians in states with high income and/or property taxes will be hit particularly hard, especially if they’re married. If these deductions typically have been your largest, you could even find that you’ll be better off taking the standard deduction for 2018.

Mortgage interest deduction. The TCJA tightens limits on the itemized deduction for home mortgage interest. For 2018–2025, it generally allows a taxpayer to deduct interest only on mortgage debt of up to $750,000. However, the limit remains at $1 million for mortgage debt incurred on or before December 15, 2017, which will significantly reduce the number of taxpayers affected. The deduction for interest on home equity debt also has been eliminated.

Medical expense deduction. This is one deduction that the TCJA enhances, albeit very temporarily. The threshold for deducting such unreimbursed expenses is reduced from 10% of AGI to 7.5% for 2017 and 2018. You may want to bunch eligible expenses into 2018 to the extent possible to maximize your deduction. (Your practice could benefit this year if your patients are also seeking to bunch deductions into 2018.)

Personal casualty and theft loss deduction. For 2018–2025, this deduction is suspended except if the loss was due to an event officially declared a disaster by the President.

Charitable contributions. For 2018–2025, the limit on the deduction for cash donations to public charities is raised to 60% of AGI from 50%. However, charitable deductions for payments made in exchange for college athletic event seating rights are eliminated.

These are only some of the significant provisions in the TCJA that could affect you. Contact your tax advisor to learn more.

The TCJA makes two taxes that particularly affect higher-income and higher-net-worth taxpayers like physicians applicable to fewer taxpayers than in the past.

Beginning in 2018, the new law increases both the alternative minimum tax (AMT) exemption amount (to $109,400 for married couples, $70,300 for singles and heads of households, and $54,700 for separate filers) and the AMT exemption phaseout thresholds (to $1 million for married couples and $500,000 for all other taxpayers other than estates and trusts). These amounts will be adjusted for inflation until the provision expires after 2025.

Similarly, the TCJA doubles the estate tax exemption to $10 million for 2018–2025. The exemption is adjusted for inflation and is $11.18 million for 2018. But because the exemption doubling is only temporary, taxpayers with assets in the $5 million to $11 million range (twice that for married couples) will still have to keep estate taxes in mind in their planning.